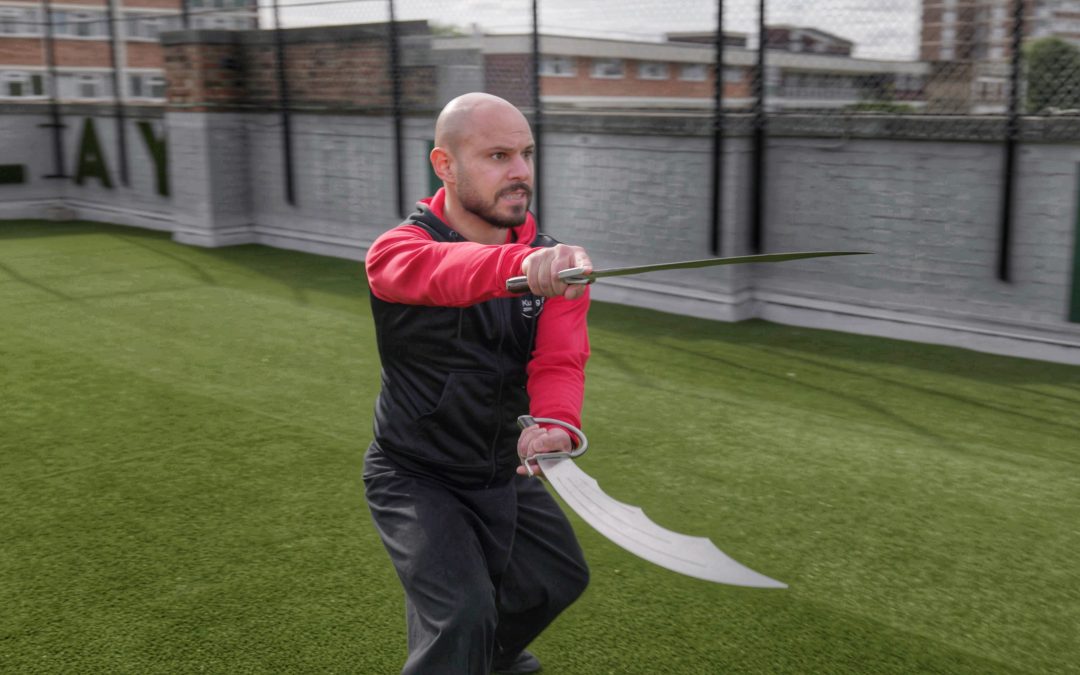 Like most Shaolin systems, the student progresses through the Tiger Crane Combination system through forms. Forms are set routines designed to gradually teach the practitioner the principles and techniques of the system. The syllabus contains sixteen forms, eleven freehand forms and five weapons forms. The most important and fundamental form is the famous San Zhan form, which we get into pretty quickly in this program. We have a number of different San Zhan forms, all teaching different aspects of our system.

The Tiger Crane Combination system emphasises touch sensitivity or sticking hands. During close-quarter fighting, the practitioner connects to an opponent and, through this connection, learns to feel the opponent’s movement, balance and intention. The system also emphasises Jin or ‘full body’ power generated from the white tissue rather than the muscles.

Shkar is the founder and head instructor at Kung Fu Zone, a traditional Chinese martial arts school based in the UK, specialising in the Tiger Crane Combination Kung Fu system and the Shuang Yang White Crane Soft Fist. He is also the Author of “Understanding Kung Fu – Demystifying Traditional Concepts”. Shkar has more than twenty five years of experience in the martial arts, studying and teaching in Asia, Europe and the Middle East.